back to search results

Gay marriage ban declared unconstitutional in California. Several hundred people gathered for a candlelight vigil on Olivera Street near downtown Los Angeles, on the evening of August 4, 2010, to celebrate a California federal judge’s ruling that Proposition 8, the state's ban on same-sex marriage that was passed by voters last November, was unconstitutional. The “Day of Decision” vigil was organized before the ruling was announced for opponents of Proposition 8 to either support or protest the impending decision. Both sides had pledged to appeal the ruling depending which way it went. Olivera Street, Los Angeles, California, USA 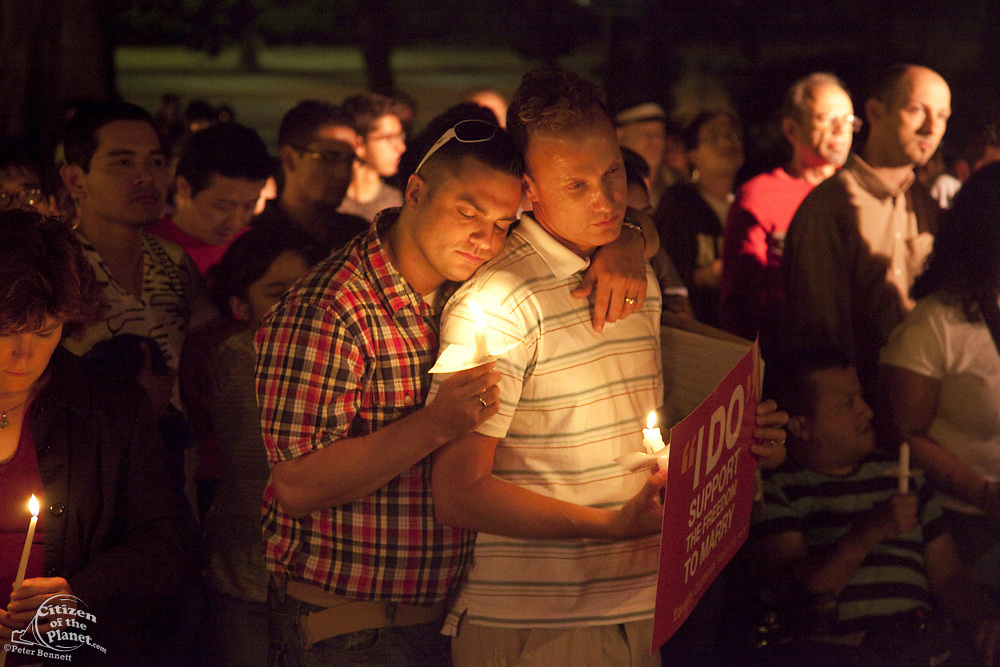